For the different roles in game audio, an universal job definition and job title is often not existent. The participants in this study were asked to state what they think is their main job in regards to their main field of work. 77 participants are composers, 33 sound designers, 13 audio directors and five audio programmers. 10 participants named another main job which didn’t fit to the other job roles. For the analysis of questions where a differentiation between professions is relevant, the focus lies on composers, sound designers and audio directors in order to ensure decent validity. 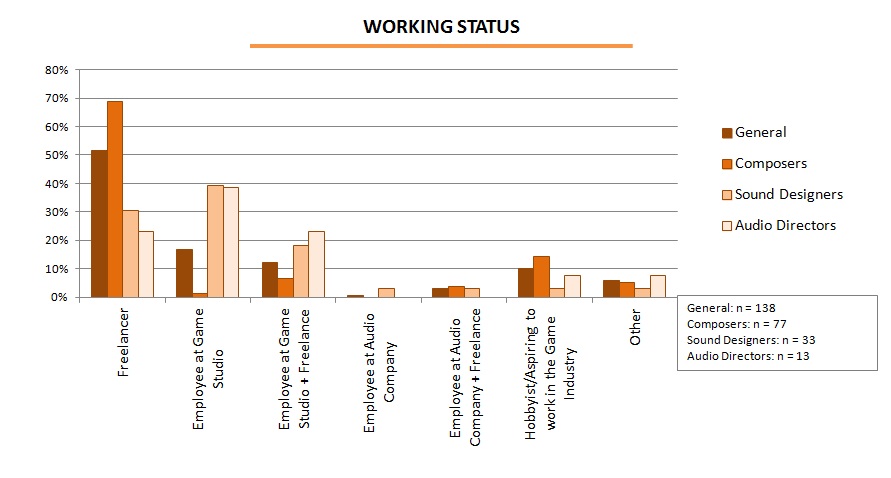 An important topic regarding the work and environment is the percentage of women in game audio.
With only 4,7%, the number of women in the industry is very low – way lower than indicated in most other empiric studies. 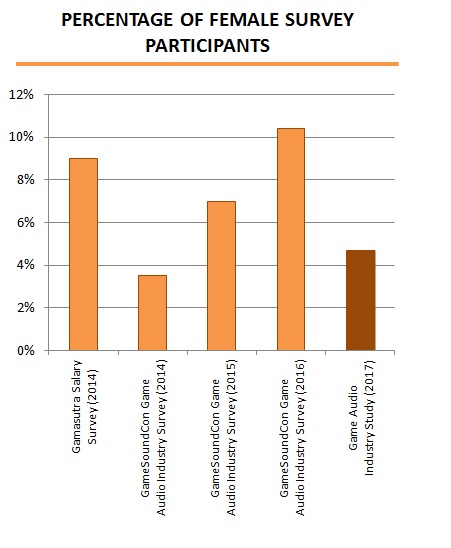 Unfortunately, because of the low number of female participants in this study, a comparison between men and women is difficult. This remains an important field of analysis for future research.